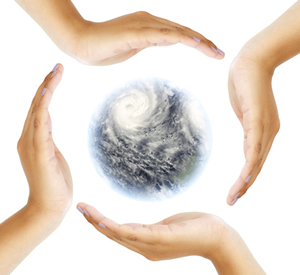 OZONE - chemically O3 - is an unstable gas whose molecular composition is formed by 3 oxygen atoms, which is why it is also defined as "active oxygen". Employed in so called "Ozone therapy".

The main, scientifically proven properties include:

The healing and regeneration of mucous membranes: ozone encourages the process of tissue healing by stimulating the formation of granulation tissue.

Antibacterial: the bactericidal action of ozone is based on direct mechanisms which cause the destruction of the bacteria cell wall by means peroxidation reactions (oxidation process thanks to molecular oxygen) of phospholipids and proteins and indirect mechanisms causing the activation of the endogenous defense mechanisms, in particular by increasing the metabolic activity of phagocytes, cells that ingest extracellular material such as bacteria.

Antiviral: with certain types of viruses with envelopes, ozone is able to act at the level of the viral receptors, inducing an altered electronic configuration of the binding site. The virus is unable to penetrate the target cell, thus blocking the replication cycle.

Anti-inflammatory: ozone induces a decreased synthesis of prostaglandins, inflammation promoting acid, thereby reducing the release of biogenic amines at the point of inflammation.

Analgesic: obtained thanks to the greater flow of oxygen at the site of inflammation, and oxidation of the chemical mediators that determine the painful stimulus.

The instability of ozone has led researchers to create the conditions to enable the storage of the gas in a biological tank for future use.   The affinity of the gas to unsaturated fatty acids has been exploited by absorbing and tying the ozone to vegetable oils which, under suitable reaction conditions, give rise to so-called ozonides, compounds capable of storing oxygen in a readily transferable form, and thereafter releasing it into the skin.

A complete cosmetic treatment enables concrete and tangible results, without resorting to products of a different nature.